Get the latest information with Mike Montedoro and friends. Join us as we talk sports and a variety of subjects on 93.7 FM WRGG and Mid Penn Broadcasting.

The PIAA Board of Directors  voted 25-5 to move forward with the high school fall sports season. Practice can begin August 24 as long as the school boards and leagues have approved it.. At this point spectators are not allowed to attend games, but the  PIAA will continue to advocate for at least the parents to be able to attend.

The Mid- Penn Conference had  already moved the start of their fall sports season to September 4 and issued the following statement after the PIAA board vote:
The Mid-Penn Conference fully supports the decision of the PIAA Board of Directors in keeping the fall sports season intact.While local school boards still have the final say at their school, our conference will move forward with a fall season, with a school option to begin practice on or after Friday September 4. The health and safety of our conference schools, student- athletes, staffs and communities are still of the utmost importance.

At least two schools in the Mid-Penn Conference have already opted out of fall sports, Harrisburg and Milton Hershey have announced they will not play.  Several other schools and leagues around the state  have  postponed fall sports. The PIAA  said today if enough schools in an area opt to not participate in the fall, the option for those schools to play in the spring will be explored.

The PIAA issued the following statement: 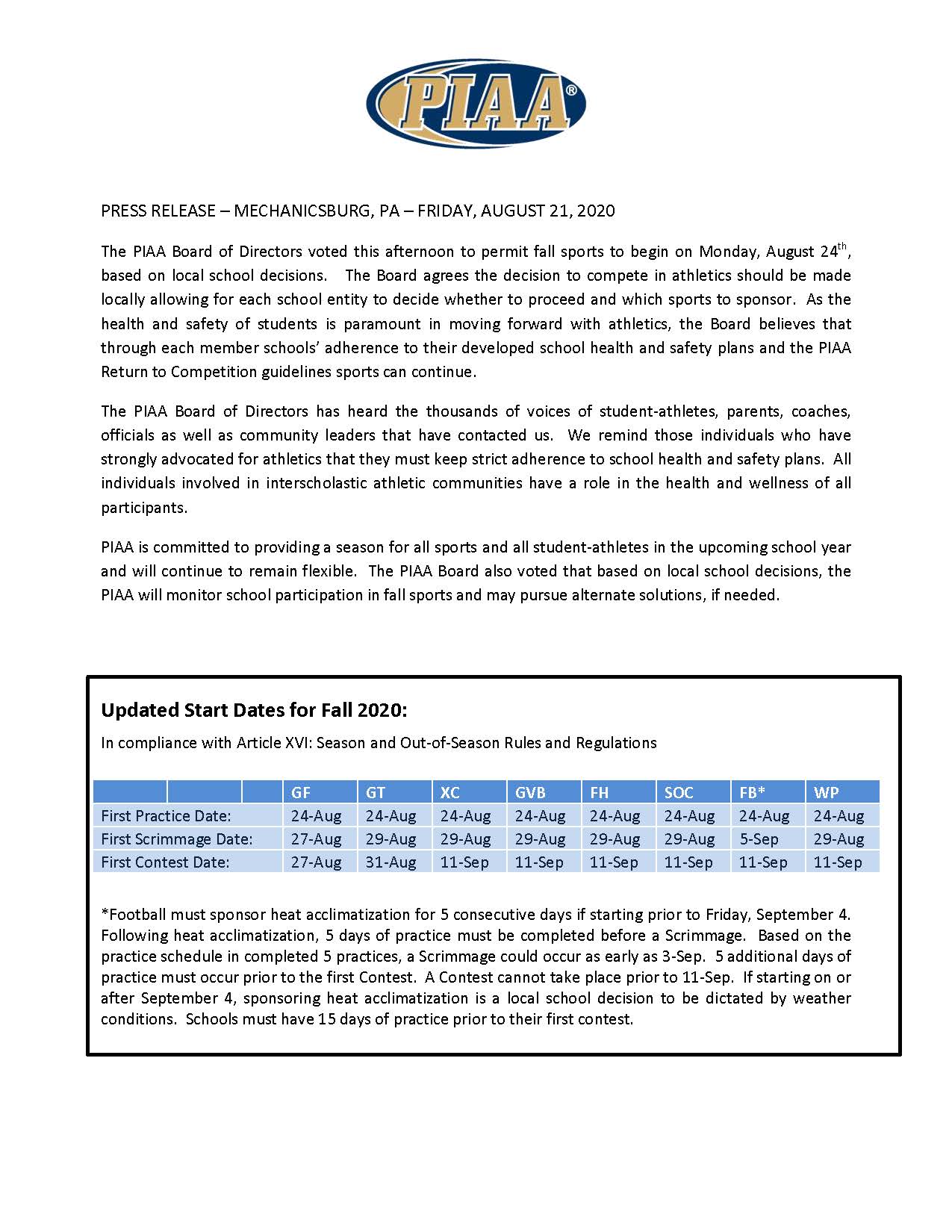